geopolitical events. Yet these have largely been unable to sustain the 2013–2015 bull market in the U.S. dollar, which started after Ben Bernanke’s speech induced the infamous “taper tantrum.” In addition to the recent—and puzzling—inverse relationship between the dollar and various fundamental factors, long-term charts suggest the dollar may be at risk of a notable decline as we approach 2019 and 2020.

Roughly 30 months have passed since the Federal Reserve began to exit its ultra-loose monetary policy. The Federal Open Market Committee (FOMC) has raised the federal funds rate from 0% to 1.75% and begun to slowly unwind its massive balance sheet of U.S. Treasury and mortgage-backed securities (MBS) purchased during the Great Financial Crisis. Plus, FOMC officials expect to raise rates two or three more times in 2018. As a result, the yields on longer duration U.S. Treasuries have steadily climbed, especially against their Eurozone and Asian counterparts. Major global central banks, such as the European Central Bank (ECB) and the Bank of Japan (BoJ), continue on with their ultra-loose policies, negative interest rates, and quantitative easing purchases. So the yield on U.S. 10yr notes continues to rise. Yet the Fed’s favorite Trade-Weighted U.S. Dollar (TW-USD) peaked more than a year ago (see graph below). The policy paths of the FOMC and the ECB/BoJ remain radically different, but this massive bifurcation has yet to produce the kind of surge in the dollar many analysts have expected.

President Trump has pursued sweeping fiscal policy reform via lower corporate and personal taxes, repatriation of overseas dollars, and a massive infrastructure plan. But the TW-USD’s ascent came to an abrupt halt in early 2017 and has fallen notably since that peak. Despite the recent “relief rally” from deeply oversold technical conditions, the chart outlook for the dollar remains gloomy (see monthly chart of $DXY below) as the market holds below prior key resistance between $96–$98, and momentum now approaches overbought on a medium term aspect. 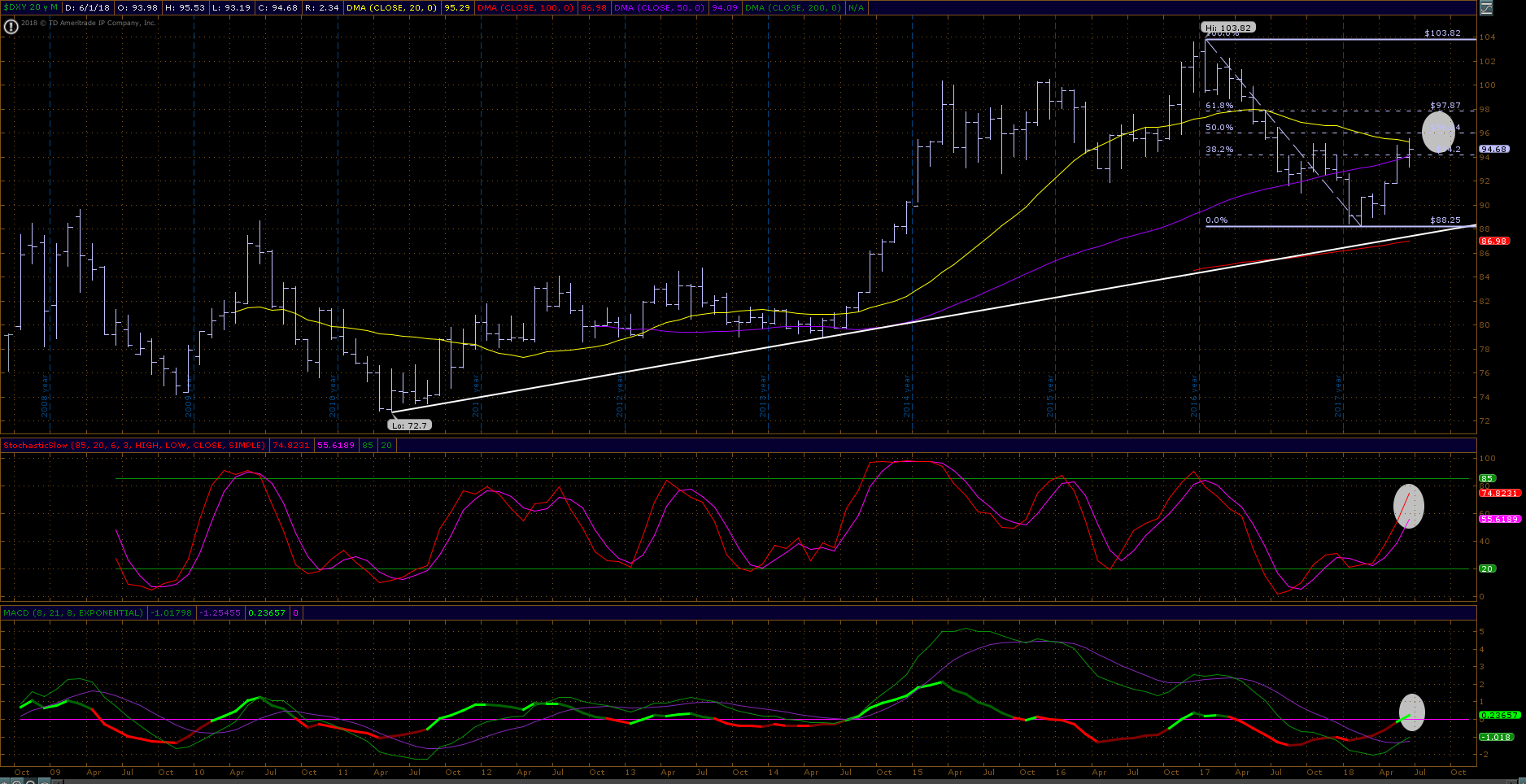 Whether it be the radically different paths of the FOMC and ECB/BoJ, the rising U.S. Treasury yields, the geopolitical uncertainty of the Eurozone, or the fiscal reforms underway in the U.S., the dollar’s inability to sustain its long-term rally may be a warning shot to dollar bulls. If the ECB or BoJ were to begin unwinding their massive stimulus programs, this would likely put significant pressure on the dollar. But, the potential for looming long-term weakness would be welcomed with open arms by another crowd—the S&P 500 bulls. According to Dr. Ed Yardeni’s research (see the graph below from www.yardeni.com), the inverse relationship between the S&P 500 revenues per share and the TW-USD is staggering. This is because nearly half of the revenues from S&P 500 companies, largely multinational firms, comes from outside the United States. Thus, a potentially large fall in the TW-USD would be a tailwind for the S&P 500 into 2019 and beyond, possibly helping U.S. equities continue their bull market. Whether or not the dollar meaningfully falls into 2019 and beyond remains to be seen. But so far reaction to major developments and subsequent performance has perplexed many investment managers and traders. 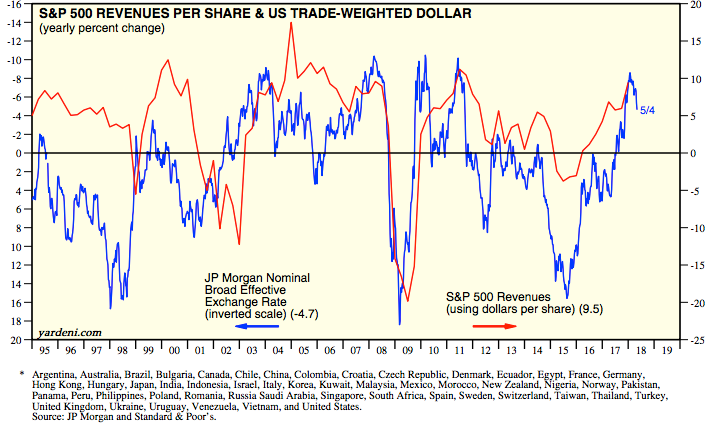 We at TD Ameritrade Institutional stay on top of policy and regulatory developments so you can stay on top of your business and your clients. So here's what you need to know, now.

Talking to your clients about ... presidential election years

What to expect on the regulatory scene in 2020

Changes in how you may advertise, and more

Talking to your clients about ... index funds

Index funds are more popular than ever, but your clients are likely to have some questions.