Excesses building up in the belly of US Treasuries

Geopolitics, fiscal policy developments, and POTUS Tweets regularly jolt the global markets, but yields on U.S. Treasuries are quickly becoming the most talked about and feared topic worldwide.

Whether it be 10 year notes breaking above the 3% linchpin or the looming inversion of the yield curve, financial gurus are pounding the table about how rates are in one way or another going to derail the appetite for risk and send the economy into a recession.

Significant “excesses” are building up in the Treasury markets, specifically the 10 year note’s positioning, that historically suggest the risk in yields is asymmetric to the downside at this juncture.

Correlation does not always equal causation. An economic recession is historically 12 to 24 months away once the yield curve inverts and other economic data points hit specific levels.

While a sharp rise of U.S. Treasury yields would dent corporate profits and increase financing costs for companies, the excesses present may suggest that this feared event is not coming at this time. Per the CFTC’s Commitment of Traders report represented in the graph below, institutional asset managers hold a record long position in 10 year note futures (+830,143 contracts) while leveraged money holds near record short position (-637,798).

Based on the past, a reversion to the mean in terms of positioning and price is likely to occur in the coming months. 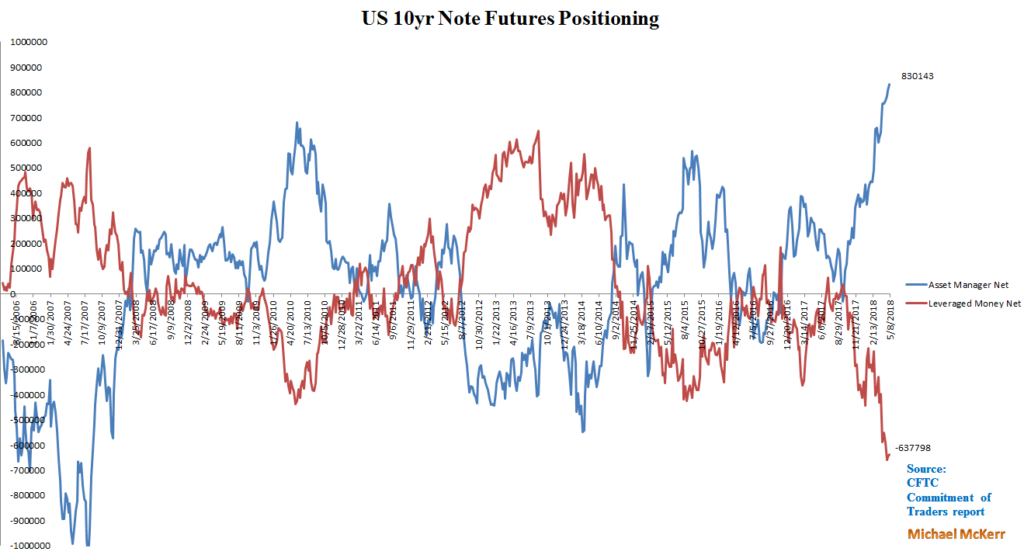 Do we listen to analysts or take a look at history?

In fact, the last three US recessions did not begin until the curve began to steepen. The yield curve has effectively been flattening since the Great Financial Crisis due to the FOMC’s Quantitative Easing programs where the Fed purchased more than 60% of the long end supply (System Open Market Account holdings) in addition to its larger notional, shorter duration purchases.

The larger concern for markets is the short end of the curve’s impact on the cost of borrowing once existing debt needs to be refinanced as well as the eventual unwinding or quantitative tightening of the big three global central banks’ portfolios… but we’ll save that discussion for a different day.

So what does all of this mean?

Ultimately, the economy continues to grow at its “new normal” pace while the labor market continues to tighten with mild inflation.

Short term yields will eventually have a negative impact on corporate profits once existing debt is refinanced at higher rates.

The calls for recession based on an inverted yield curve appear to be misplaced at this time, but the belly of the Treasury market is showing signs of extreme sentiment and positioning that have historically lead to a reversion to the mean in both price and positioning, which may suggest an eventual retest of now technical support near 2.5-2.75% on the 10 year note rather than a breakout to the 3.25-3.5% range (see graph below). 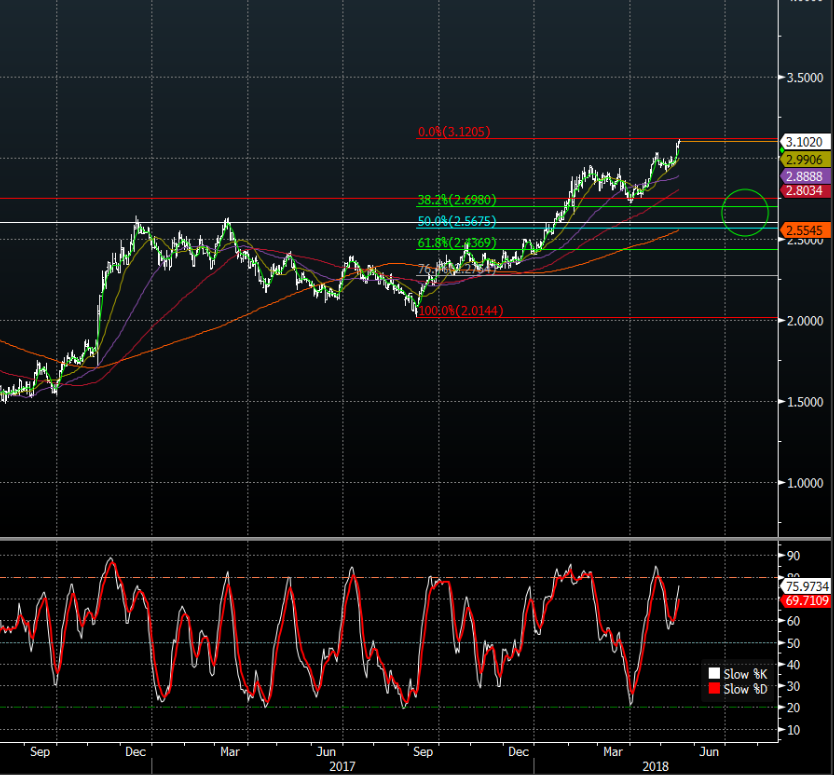 Based on all of the aforementioned information, the risk of a mean reversion move in the 10 year note’s price and positioning remains quite high over the next few months.

Past performance of a security, strategy, or index is no guarantee of future results or investment success.

Is this market a historical anomaly?

How does the current market really compare to others? Here are some data points to consider during your conversations with clients

Rebalancing during a crisis: Talking points for clients

Rebalancing isn't generally something clients want to discuss—even during "normal" times. Here are some tips for approaching that conversation during a crisis.

Make volatility work for you

We at TD Ameritrade Institutional stay on top of policy and regulatory developments so you can stay on top of your business and your clients. So here's what you need to know, now.

Talking to clients about ... COVID-19

With equities in their first official bear market in more than decade, some investors are running scared, while others see it as a time to bargain hunt. Here's how to find the balance with your clients and help them navigate these unusual times.